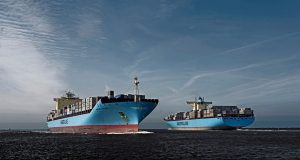 The Maersk Group has published its Q3 2016 results today.

According to the press release, in the third quarter of the current year the Group delivered revenue of USD 9,177 mln (-9.2% y-o-y) and profit of USD 438 mln (-43.7% y-o-y). The negative results were significantly impacted by market conditions, particularly low container freight rates and a low oil price environment. The Group’s operating expenses decreased by USD 573 mln (-7.3%) mainly due to lower bunker prices and cost saving initiatives.

“The result is unsatisfactory, but driven by low prices. We generally perform strongly on cost and volume across businesses,” says Maersk Group CEO Søren Skou.

The low profit was predominantly driven by a loss in Maersk Line and lower results in APM Shipping Services and APM Terminals, whereas Maersk Oil and Maersk Drilling reported increases in profits.

APM Terminals in Q3 2016 delivered a profit of USD 131 mln (-25% y-o-y). But comparing with Q2 2016 the result is 17% higher, due to stronger performance in key gateway terminals and cost saving initiatives. However, profits remain under pressure in commercially challenged terminals in Latin America, North-West Europe and Africa as a consequence of liner network changes and continued weak underlying market conditions. Projects under implementation along with Grup Marítim TCB from beginning of March had a combined loss of USD 5 mln, resulting from start-up costs.