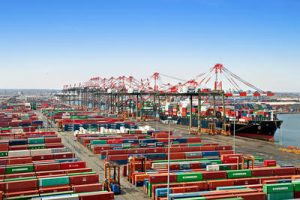 NYK Ports, a subsidiary company of Japanese Nippon Yusen Kabushiki Kaisha (NYK Line), acquired a 20% share of Maher Terminals (Maher) on 16 November, 2016. As announced in the company’s press release, the investment is effected together with Macquarie Infrastructure Partners III L.P., a 10-year closed end fund that focuses on investments in infrastructure and related assets in the US and Canada.

Maher operates a terminal in the U.S. port of New York and New Jersey. It is the largest terminal in the port with a handling capacity of 3 mln TEU annually. After construction to raise the Bayonne Bridge’s clearance is completed in late 2017, the terminal will be able to accommodate containerships carrying up to 14,000 TEUs.

NYK anticipates growth in demand for container port handling services, as traffic bound for the US East Coast through the Suez Canal rises as manufacturing shifts from China to South East Asia, and as larger ships make use of the expanded Panama Canal.

In 2014 NYK announced its medium-term management plan ”More Than Shipping 2018”. The deal falls in line with the plan, whereby NYK continues strengthening its global network and improving synergy between terminals and containerships.

Macquarie Infrastructure Partners III (MIP III) is a private fund managed by Australian Macquarie Infrastructure and Real Assets (MIRA). In April, 2016 Deutsche Bank, following several years of search for potential buyers, announced the sale of Maher Terminals to MIP III. Deutsche Bank, which purchased Maher Terminals in 2007 and has been writing down its value over the years, described it as a “legacy asset”. Now, that the sale is closed, MIP III will own 80% and NYK the remaining 20% of the terminal.

MIRA also has a 49% stake in NYK Ports, which includes Yusen Terminals Inc. at the Port of Los Angeles, and NYK Terminals, which operates in or offers stevedoring services for containerships, cruise ships, ro-ro ships, and bulk carriers at 18 ports in the U.S. and Canada.