DP World to increase its presence in Africa 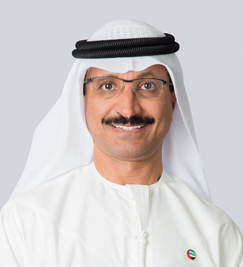 Dubai-based global port operator DP World highlighted its interest in building on its African investments. The DP World Group Chairman and CEO, Sultan Ahmed Bin Sulayem, visited several African countries last week, including Nigeria. He has discussed ways of developing and improving the efficiency of the country’s logistics services with the governor of the Nigerian state of Lagos, Akinwunmi Ambode.

“In countries such as Nigeria and others across the continent, senior officials expressed a genuine determination to overcome obstacles to economic development,” Bin Sulayem said. “We expressed our readiness to support the efforts being made to develop ports and logistics centers.”

DP World already operates two ports in Algeria, one in Egypt and the most advanced container terminal on the African continent at Doraleh, Djibouti. It also manages and develops Senegal’s busiest container terminal in Dakar. In September, 2016 the Group signed a 30-year concession agreement with an automatic 10-year extension for the management and development of a multi-purpose port project at Berbera, Republic of Somaliland, with the total investment of up to $442 million. DP World will own 65% of the joint venture with the government of Somaliland to manage and invest in the port. Berbera is strategically located some 150 km from Djibouti on the Gulf of Aden, and offers access to land-locked Ethiopia, the region’s largest economy.

Beyond ports, beginning of this year DP World signed a 25-year concession with Rwanda to develop and operate an exports-oriented logistics center in the capital of Kigali.

In a recent report created in partnership with the Economist Intelligence Unit, DP World found that African nations would need to expend about 10 percent of GDP on transportation infrastructure in order to keep up with booming economic growth.

The original article was published at IHS Fairplay