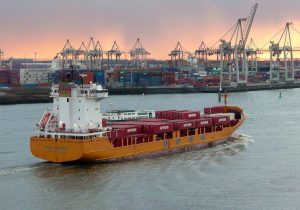 Following the start of joint operations of German short sea shipping line OPDR and Spanish Boluda Corporación Marítima in the port of Seville in January 2017, OPDR has announced the launch of a container service connecting the Iberian Peninsula and the United Kingdom.

The new weekly Portugal and South Spain service (POSS) connects the English port of Tilbury with Rotterdam, Setúbal and the south of Spain via Seville. With only four days from Andalusia to the United Kingdom, POSS offers the fastest transit time in the market on this link.

As we have informed earlier this month, OPDR, part of the CMA CGM Group, with the contribution of CMA Terminals, and Boluda Terminales Marítimas, as part of Boluda Corporación Marítima, formed a joint venture that won a public tender of the Port Authority of Seville in December 2016 and started operating the container terminal in Seville.

The Port of Seville has a strategic position in the new POSS service. The inland seaport offers a direct connection to the Spain’s hinterland linking Seville with Madrid by truck and rail, thanks to its rail terminal and access to the SE-30 bypass integrated.

Together with the established Canary Islands Express service (SECI), which connects the Canary Islands with the Spanish mainland, OPDR now offers five Seville calls per week. The biggest port in Europe – the Port of Rotterdam – is linked with Seville in only seven days. Three vessels – OPDR Tanger, Las Palmas and Lisboa, with a maximum capacity of about 700 TEU each – will be deployed in the new POSS service and will mainly carry refrigerated goods.

OPDR highlights its customer-oriented approach at the new service. All ships are equipped to carry pallet-wide containers enabling customers to ship more goods per container, thus making the most efficient use of the space available.