Can a shipping line cook a paella? In Valencia easy! 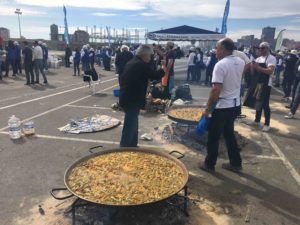 Who said shipping people can only transport cargo all over the globe? They also can cook delicious paellas! To witness this – and, by all means, taste them! – you should come to Valencia in early March. Since 1990, logistics companies join here to battle at the International Paella Contest.

The International Paella Contest among logistics companies is organized by the Spanish logistics daily Diario del Puerto and the local community Falla Dr. J.J. Domine-Port as part of the grand Valencian festival Las Fallas, that every March fills the city with rumble of firecracks (“mascletas”), giant colourful figures (“ninots”), flowers and exquisite traditional costumes of “falleras”, lights and fireworks at night and of course with lots of music, fun and unforgettable emotions. 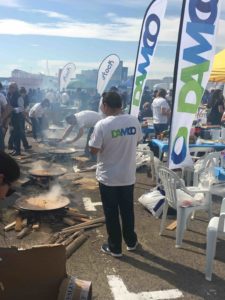 As a tribute to this exciting festival, the paella competition started with a round of cracking “mascletas” that signaled the official opening of the event, after which the large esplanade of the former El Grao railway station near the port was all filled with smoke of fires under 484 paellas that were being cooked by the participants. This number marked the absolute record for the 29 years of the contest. At the end, the jury awarded 11 companies, giving the special prize to Urbamar Levante Residious. 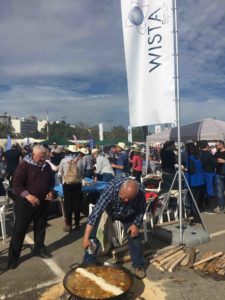 WISTA Spain also took part in the competition with two delicious chicken and rabbit paellas. Prior to that, the members of the Spanish association visited the Valencia Port Authority, where Mar Chao, Head of Commercial and Business Development of Valencia Port, made an interesting presentation about the port’s vital role in the regional economy, its current achievements and future objectives. Thereafter, the delegation visited the terminal facilities and the office of Valencia pilots, where we were cordially met by Carmen Herguedas Martinez, General Manager of Practicos de Valencia, and Ignacio Chofre, Risk Prevention Manager and boat master, who made an interesting tour and told us about the work of the 14 port pilots. 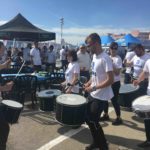 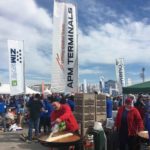 Rice in loaded in paella in a special way 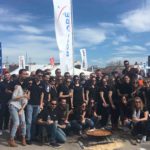 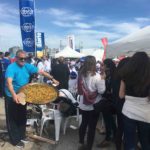 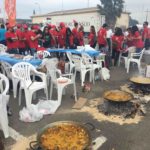 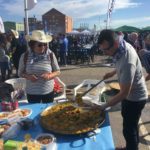 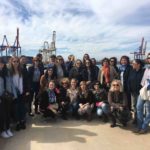 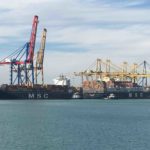 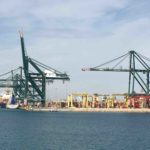 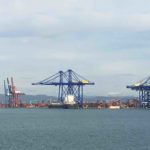 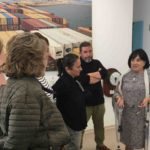 In the office of Valencia Pilots 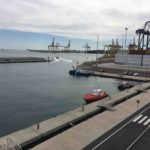