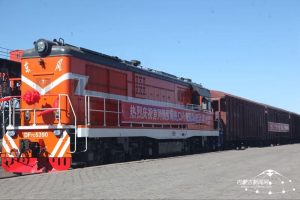 This is the first shipment of Russian wheat to China since 1976, when China banned import of the product due to its inadequate quality. The negotiations to re-open the Chinese market for the Russian grain have been active since 2006, when eventually, on 17 December 2015 the two countries signed a protocol on quarantine inspection requirements for exporting wheat, corn, rice and soybean from the eastern regions of Russia to China. Since that, Russia has resumed deliveries of corn and soybean to China, however the first lot of 500 tonnes of wheat from Krasnoyarsk region has been shipped only now.

COFCO president Yu Xubo said the group plans to import 1 to 2 mln tonnes of wheat from Russia annually, which may reach up to 5 mln tonnes in the future.

Last year Russia replaced the United States as the world’s top wheat exporter with 25 mln tonnes of exports, as per the figures of Russian statistics.