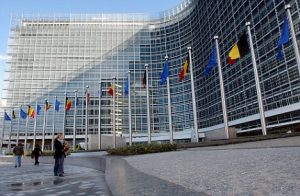 Previously, Member States were required to notify the EC about their plans of public investment into infrastructure projects and obtain its approval.

The 2014 “General Block Exemption Regulation” enabled Member States to implement a wide range of state aid measures without prior Commission approval as being unlikely to distort competition. As a result, about 95% of state aid measures implemented by the EU countries for a total of around EUR 28 bln have been exempted.

Now the scope of this Regulation has been extended to include ports and airports. Member States can now make public investments of up to EUR 150 mln in sea ports and up to EUR 50 mln in inland ports with full legal certainty and without prior control by the Commission. These investments can include the costs of dredging in ports and access waterways.

The updated Regulation aims at reducing administrative burdens for public authorities and further simplifies public investment in support of job creation and growth while preserving competition.

Commissioner Margrethe Vestager, in charge of competition policy, comments: “We want to ensure that companies can compete on equal terms in the Single Market – and we want to do so in the most efficient way… Over the past few years the Commission has taken more than 30 state aid decisions on ports and more than 50 state aid decisions on airports. So, we now have a good idea of which measures are likely to distort competition and which are not. We also consulted the public twice and took on board the feedback we received.”

The current initiative also forms part of the EC’s effort to focus state aid control on bigger cases that significantly impact competition, to be “big on big things and small on small things to the benefit of all European citizens,” as put by Margrethe Vestager.