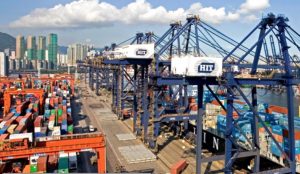 Given the uncertainty on the policy of the new US administration and continued weak consumer sentiment and high unemployment rate that is expected to hinder the speed of economic recovery in Europe and the pickup of the European trade in 2017, the management of HPH Trust remains cautious on the expected cargo volume for 2017. The terminal operator will continue focusing on better cost control through improvements in productivity and efficiency.

HPH Trust is the first publicly traded container port business trust. Listed on the Singapore Exchange (“SGX”), HPH Trust is affiliated with Hutchison Ports, the global leader in the container port industry by throughput and a subsidiary of CK Hutchison Holdings Limited.