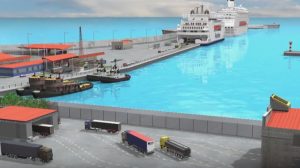 The tender to construct the international sea terminal Pionersky in Kaliningrad region, Russia, has been declared void, informs PortNews agency.

As we wrote last December, in view of the 2018 FIFA World Cup taking place in Russia, the state plans to build a new cruise port in Kaliningrad region, on the Baltic Sea. The facility is to be operational by June next year. However, this seems rather complicated with the current tender results.

According to the materials published by Federal State Enterprise “Rosmorport”, the project owner, none of the two bidders were qualified to participate in the tender due to the violation of tender conditions. One of them – Oblstroisoyuz LLC from Kaliningrad – presented a bid bond issued by the bank whose license has been recently revoked, whereas the other – JSC “Investments. Engineering. Construction” from St. Petersburg – did not present a document confirming the cash deposit on the account of the project owner as a guarantee.

The tender was announced in March 2017 with the project’s maximum cost of RUR 855.9 mln (USD 15 mln). The successful bidder would construct passenger terminal building and offices for the port authority, customs, border control and other controlling agencies.

It is noted that the St. Petersburg company already had some projects under development in Kaliningrad region: a tourist marina in Zelenogradsk and bank protection and reconstruction of the embankment on Oktyabrskiy island.