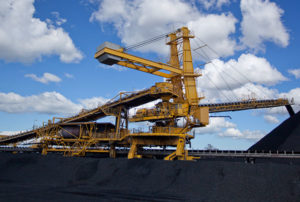 Port Waratah Coal Services, a major coal exporter at the Port of Newcastle, Australia, does not intend to proceed with the Terminal 4 development. The company’s Chief Executive Officer Hennie du Plooy has notified the Port of Newcastle about it today, advising that the T4 Agreement for Lease will be allowed to lapse upon its expiration in August 2019.

Mr. du Plooy said Port Waratah have consulted with a full range of industry stakeholders and concluded that the capacity of the existing coal terminals, including potential expansion options, are likely to be sufficient to cater for future growth in coal exports.

The world’s leading coal export port, Newcastle is the largest port on the east coast of Australia and home to two large facilities owned and managed by Port Waratah Coal Services. The combined capacity of their deep-water Kooragang and Carrington Coal Terminals today is 145 mln tonnes per annum. In 2017, these terminals loaded 105 mln tonnes and Newcastle Coal Infrastructure Group, operator of the port’s third coal terminal, handled about 60 mln tonnes. This year, Port Waratah expects further growth in volumes, with which current capacities are able to cope.

“We are proud of the role our Carrington and Kooragang terminals play in connecting Hunter Valley coal with the world and we are confident that with ongoing investment in the reliability and performance of these terminals, we will be well positioned and flexible enough to adjust quickly to changes in demand,” Mr. du Plooy said.

Indeed, Newcastle is promoting its idea to construct a new container terminal, as an alternative to those of Port Botany and Port Kembla, to provide exporters and importers of New South Wales with the choice of the most efficient and cost-effective supply chain for their cargo.