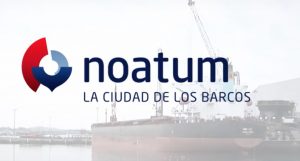 These steps are intended to complement the already existing port services of Noatum Maritime with new port infrastructure and to strengthen its leading position at the domestic and international market of multi-purpose terminals. The Group believes that Noatum Maritime’s know-how and experience will allow to maximize the potential of bulk cargo terminals in Sagunto and Santander, as well as to develop the Malaga terminal into a leading multi-purpose provider and the autoterminal in Barcelona into a strategic hub in the Mediterranean for the main global automobile brands.

Finally, Noatum Ports will concentrate on maximising capacity of the company’s container terminals and implementing its long-term strategic plans, including the investments in cranes and operation capacity at the terminals of Bilbao (EUR 34 mln) and Valencia (EUR 100 mln).

Noatum CEO Douglas Schultz commented on this restructuring process: “This measure is intended to rationalize the asset distribution between Noatum Ports and Noatum Maritime so that both companies can maximize their respective market positions, as well as to optimize the current structure through an efficient distribution of the Group terminals, strategically bringing together the Group’s business areas to promote synergies, increase the quality of the service offered to our customers and reinforce long-term commercial relationships.”