Ust-Luga Chairman is kept under arrest 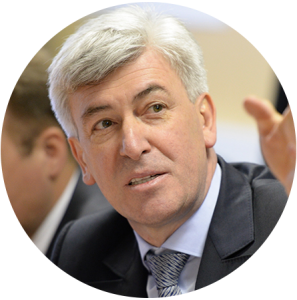 The arrest of Valery Izraylit, Chairman of the Board of Directors of JSC Ust-Luga Company, has been prolonged for another 3 months, until April, 21.

As we wrote earlier, Valery Izraylit was arrested in St. Petersburg, Russia on December 29, 2016 and charged with embezzlement of RUR 1.5 bln (USD 25.3) allocated for the development of Ust-Luga Commercial Sea Port. The initial term of his imprisonment ended January, 21.

Last week Dzerzhinskiy regional court of St. Petersburg satisfied the prosecutor’s plead of keeping Mr. Izraylit in custody. This decision was taken in spite of the personal guarantee of Victor Olerskiy, deputy Minister of Russian Transport and Head of the Federal Agency “Rosmorrechflot”, who has confirmed that Valery Izraylit is open for co-operation and was not going to leave the country. This came as an answer to the prosecutor’s argument that Mr. Izraylit can leave Russia on board a yacht he owns.