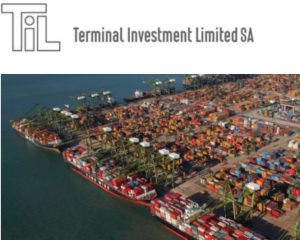 End of last week Terminal Investment Limited (TIL), a port operating subsidiary of MSC, confirmed the acquisition of Hanjin’s stake in Total Terminals International (TTI), a company which leases and operates container terminals in the ports of Long Beach and Seattle on the West Coast of the United States. The deal includes all of Hanjin’s equity interests and shareholder loans, in both TTI and the associated terminal equipment leasing company, Hanjin TEC Inc., announced MSC press release.

This ends the story which started last autumn, when Hanjin Shipping was declared bankrupt and the race for the company’s assets at the Asia-US trade including a 54% stake in TTI began. As an owner of the remaining stake in TTI, MSC had the right of pre-emption. Besides, two Korean companies made bids for the assets – Hyundai Merchant Marine (HMM) and Korea Line, of which the latter was eventually awarded the Asia-US business of Hanjin but refused to take the stake in the terminal operator.  HMM was still interested and announced in January its decision to buy 20% in TTI after the sale of Hanjin’s stake is realized.

Now the new ownership structure of the terminal operating company includes TIL with an 80% stake and HMM having the remaining 20%.

Commenting on the deal, Mr. Alistair Baillie, President of TIL, said: “Our focus throughout the acquisition consultation has been, and will continue to be, rebuilding the business and servicing the needs of our affiliated shipping line MSC, its 2M partner Maersk, and our new joint venture partner HMM.”