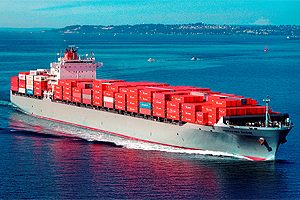 The US Federal Maritime Commission (FMC) has rejected the merger of the three Japanese container shipping lines K Line, Mitsui O.S.K. and NYK on “jurisdictional grounds”, informs The Loadstar. The matter will now be referred to the US Department of Justice (DoJ), which could delay or halt the proposed joint-venture.

As we wrote earlier, aiming to merge their container shipping and overseas port businesses, the three carriers signed contracts on 31 October 2016, agreeing the establishment of a joint-venture company (JV), where NYK will hold a 38% share, whereas MOL and “K” Line will own 31% each. The JV was to be established on 1 July 2017, with the planned business commencement in April 2018.

The Tripartite Agreement was filed by the carriers with the FMC on 24 March this year, its approval would have allowed them to start sharing information and conduct joint negotiations as from 8 May.

However, the FMC unanimously rejected the agreement, thus explaining the reasons in a statement: “The Shipping Act does not provide the FMC with authority to review and approve mergers. That action is among the type of agreements excluded from the FMC review.”

Federal Maritime Commissioner William Doyle further commented: “This decision by the FMC in no way precludes the Japanese carriers from merging their container trade business units into a single stand-alone company.”

Following the regulatory approval from the Competition Commission of Singapore (CCS) in March, this rejection is quite unexpected and could be a major setback for the Japanese carriers.

Now that the DoJ is to decide whether the merger should be allowed, it may take a tough line on the proposed JV considering its critical comments on the restructuring of the alliances. According to The Loadstar, the DoJ voiced considerable concerns about the approval of the Ocean and THE alliances, saying the reduction from four to three vessel-sharing groupings posed a risk of “anti-competitive harm”.

In April 2017, K Line, MOL and NYK started joint operations within THE Alliance, of which Hapag-Lloyd and Yang Ming also form part.

Amercian Shipper informs that the three shipping lines reported a combined loss of 77 billion yen (USD 691 mln) for the fiscal year ending March 31, 2017 in segments described as liner or containership operations. According to the companies, this is the result of historically low freight rates.